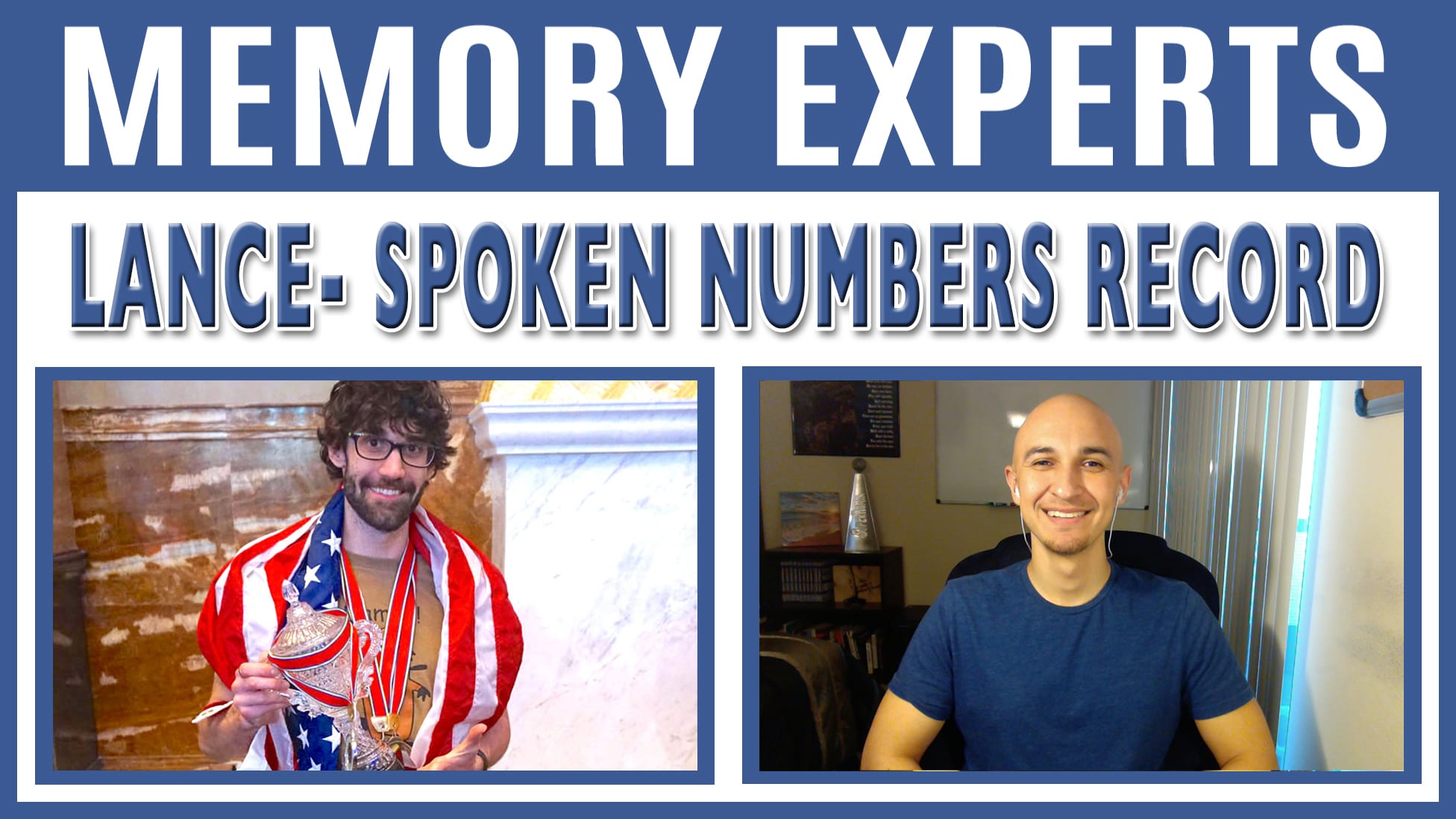 About Breaking the World Record in Spoken Numbers and Getting into the Guinness Book of World Records. Score: 456 Digits at 1 second per digit.

Differences between the different memory competitions such as the MAA – US Memory Open, USA Memory Championship, and International Memory Competitions.

What did World Memory Champion, Johannes Mallow, tell Lance at the MAA US Memory Open to help him do well at that competition and set 5 USA Records and Put him to become the #1 Ranked American in the Memory Rankings?

How he used what he learned at the MAA to turn around his scores at the World Memory Championship in China?

Was Lance’s Memory always this good at remembering things very quickly and easily?

What did slight of hand and magic have to do with Lance learning how to memorize cards, numbers, and everything else?

Lance’s motivation into wanting to get into the memorization world started by watching Joshua Foer’s TED Talk.

How memory training 12 hours a day in the early days got him to be one of the best memorizers in the world?

Why did he go from 12 hours a day to 5 hours a day in improving his memory and training for the memory championships?

How learning how to become a great Base Guitar player helped him to master the art of memorizing and learning.

Learn about his strategy of doing something new at 5 minutes a day and how that compounds to many hours stretched out over a period of time.

How memorizes a long spoken number using the memory techniques?

Why does Lance get very specific with the details of his objects and images for numbers?

How does he make the actions of each object extremely unique to make it easier to recall a number, cards, words, or any other piece of information?

How does Lance use the method of Loci and storing images along a mental journey route to memorize a long string of information?

Learn why he uses 2 or 3 images per location?

Why Lance memorizes 6 digit per journey location instead of 9 digits per location?

How many cards does Lance memorize and store on each location?

Movies:
Memento
A for Vendetta
Count of Monty Cresto

Quote:
Nietzsche
Only those with chaos in their souls can give birth to dancing stars