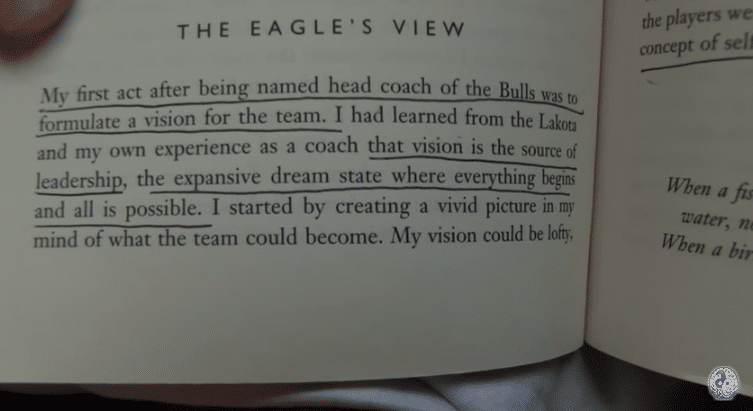 As I was reviewing the Book that I had Read by Phil Jackson called Sacred Hoops, I ran across a section that I had underlined where Phil Jackson talked about Vision. Now we can look back at his 11 championships as a coach for the Bulls and the Lakers as well as his 2 NBA Championships that he won as a player for the New York Knicks, and see that Phil Jackson was a true leader and visionary with his approach to the sport of basketball.

In the section titled “The Eagle’s View”, Phil says the following (remember that at this point he hadn’t achieved the success that he now has):

At this point, I want you to go ahead and exercise your ability to visualize yourself accomplishing a major goal. As you do that, write down that goal with vivid detail. Write down the Purpose for you accomplishing that goal. After that write down the action steps that you are going to need to do in order to achieve that goal.
Let me know down below what that Major Goal of Yours is!