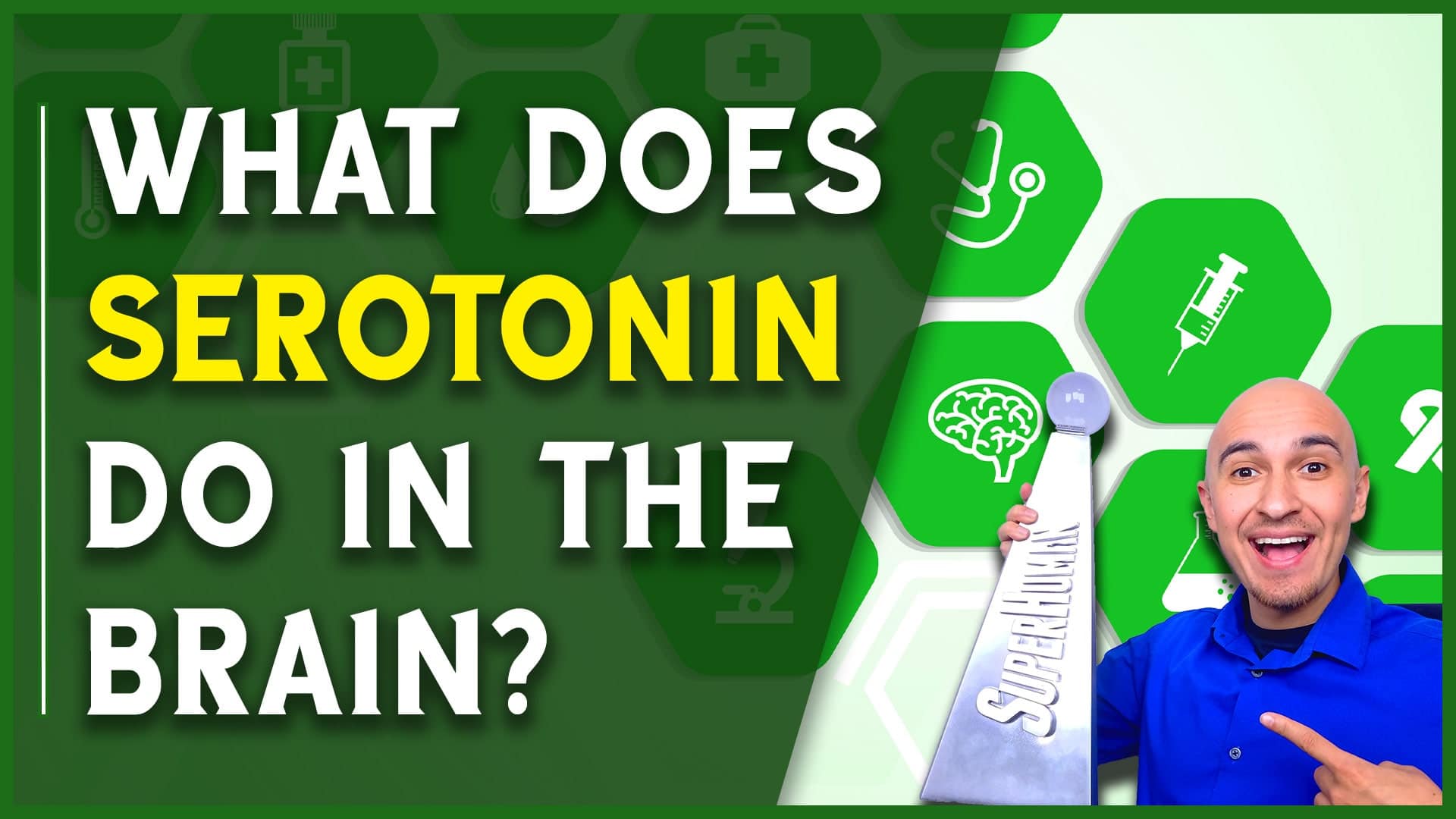 If you’re asking yourself “What is Serotonin, Does Serotonin affect memory, and what does Serotonin do in the Brain when it comes to improving memory?” let me go ahead and help you with that and also teach you how easy it is to memorize Serotonin’s Definition and Meaning.

What Does Serotonin Do In the Brain?

Serotonin is a neurotransmitter known as a happy chemical. It has been known to make individuals feel happy and there may be a correlation between a lack of serotonin in our brain and depression. It is still being studied as to whether someone’s depression causes the low levels of serotonin or if having a smaller amount of serotonin in the brain contributes to someone being depressed.

Today, I will be sharing with you the leading scientific discoveries as to how serotonin levels affect long term memory. You will also learn how there is a direct link with low levels of serotonin and individuals with dementia.

Let’s get started with a mnemonic story.

How to Memorize Serotonin’s Definition and Meaning with a Mnemonic

I want you to imagine that you’re sad, depressed, and moping around all day in your home because you can’t go outside and play with your friends. All of a sudden, you see a hand reach out to you with a huge bowl of cereal. You look up as you wipe away your tears and see Tony the Tiger standing with his hand out holding the bowl of Frosted Flakes and he has a huge smile on his face. You immediately grab the bowl of cereal and give Tony a huge hug for making you feel happy.

In order to help you quickly memorize and learn what serotonin is and what it does to you, you have to turn the medical term meaning and definition into a mnemonic story. You want to add as many senses as you can and make the image come to life.

In the story above, we used a few associations to help us remember what the neurotransmitter, serotonin is. Did you catch them?

In order to help us remember that portion of the medical association, we visualized Tony having a big smile and making you happy as you give him a huge hug.

You can add more visual triggers if you wanted to but in essence, you have your main characters and objects there to play with.

I like to tell my students to imagine themselves as a director to a huge cinematic motion picture and that they have an infinite budget to make the stories as wild, vivid, and dynamic as they want. Add as many characters, action sequences, emotional triggers, add whatever you feel is necessary to bring this story to life and help you memorize quickly, what you want to remember.

The neuropharmacology scientific medical term for serotonin is 5-hydroxytryptamine or 5-HT, which is a monoamine neurotransmitter found in the central nervous system (CNS)

Memory Mnemonic for Hydroxytryptamine is:

How is Serotonin Made

Serotonin is made in the brain but around 90% of it is primarily found in the digestive system and blood cells. A chemical compound occurs where cells take L-tryptophan (an essential amino acid found in proteins), convert it into 5-Hydroxytryptophan (5-HTP), and then an enzyme called Aromatic Amino Acid Decarboxylase (AAAD) coverts 5-HTP into 5-Hydroxytryptamine or Serotonin.

Can the body make its own Tryptophan?

The body can’t make tryptophan on its own and that’s why it’s called an essential amino acid. It must get it from food and supplements. So then the thought that comes to someone’s mind is, well I’ll just take tryptophan supplements or eat more food that contains it so that I can increase my serotonin levels. it’s not that easy. Because your amino acids are in competition with each other to get into the brain by crossing the Blood-Brain Barrier (BBB), you would need to do other things to help the Tryptophan along the process.

A review of studies by the Leiden University in the Netherlands found that adding stress through physical activity can help in increasing your serotonin production. When it comes to physical exercise, one of the reasons why we see an increase in serotonin production is because muscle activity needs the branched-chain amino acids and this leaves an excess amount of tryptophan left to freely enter the BBB.

Imagine that the amino acids your body consumes are little fish. Each fish is different. You have trout, salmon, tilapia, bass, and more. Pretend like the Tryptophan is the trout. This trout fish normally has a hard time swimming upstream (this represents your blood) due to the overcrowdedness caused by all of the other fish. You throw into this stream of water, off to the left side, fish food that only the other fish like to eat. They all scatter away from the main-stream of water to eat this delicious food on the left side. Now that the main-stream is free and the only fish left is the trout, he goes right up the stream with no problem or blockage.

This is similar to what happens when you exercise and allow tryptophan to have a much better shot at crossing the Blood-Brain Barrier.

How does Serotonin help with memory improvement?

There are many memory improvement benefits with having normal or slightly elevated serotonin levels in the brain. One is that Serotonin is the precursor to the hormone, Melatonin. Melatonin is made in the pineal gland and is released at night to signal to your body that it is time to go to sleep. Getting enough sleep for your brain to fully recover is essential when it comes to moving information from short term memory to long term memory.

In a study done by John Hopkins, they state the following three main points about Serotonin and those with early-onset signs of dementia or memory issues.

“Now that we have more evidence that serotonin is a chemical that appears affected early in cognitive decline, we suspect that increasing serotonin function in the brain could prevent memory loss from getting worse and slow disease progression”

More research still needs to be done to have a definitive answer as to whether or not serotonin alone can directly benefit healthy individual’s brains when it comes to memory improvement.

Indirectly, however, it’s fair to say that if you are depressed you will have a higher chance of suffering from memory loss. A study by the Brigham Young University, Department of Psychology showed possible links between depressed people and a lack of neurogenesis. Neurogenesis is when new neurons are formed. Depressed individuals can also have a harder time focusing. Your ability to focus on a task at hand and not have random thoughts circling your mind is crucial to memory formation and retention.

There was a study done on mice by Champalimaud Centre for the Unknown (CCU), in Portugal, and the University College London (UCL), in the UK,  to see the effects of Serotonin when it comes to learning. The study was set up so that the mice were rewarded with water for making a decision on which button to push out of two. The mice that were quick to keep pushing the same button again to get or not get the water, didn’t see a spike in Serotonin levels. Those that pushed a button, they didn’t see a result, then waited longer than 7 seconds to try again, were the mice that saw elevated levels of Serotonin.

The study goes on to have a possible link with long term memory retention and higher levels of serotonin.

The authors of the study say:

Should I just skip Tryptophan and take 5-HTP Supplements to Boost Serotonin?

There have been various studies (links in references) that point to taking higher doses of 5-HTP can lead to an increased level of serotonin in the brain, but it can come with a caveat. The studies mainly investigate people with depression, but the results of the studies suggest that taking 5-HTP alone doesn’t lead to a boost in mood and a reduction in someone feeling depressed. When combined with a drug called Carbidopa (which is for people with Parkinson’s), there was the similar amount of people feeling less depressed than with a placebo group.

According to a study by the University of Trondheim, the main counter drawback to taking 5-HTP for an extended period of time, is that it can lower your dopamine levels:

“Long-term administration of 5-HTP (64.5 mg/kg, i.p., twice daily for 14 days) caused a sustained decrease in striatal dopamine and the HVA concentration was initially lower than controls.”

Always do extensive research before taking any type of supplementation.

Should I not take any Tryptophan or 5-HTP Supplements?

I’m not a doctor or nutritionist to answer this question for you, and even the current studies that are out in the medical journals end up coming up with inconclusive evidence as to whether there are benefits to taking Tryptophan or 5-HTP supplements.

This does not take away from the fact that your body and your brain NEED Tryptophan and 5-HTP in order to make Serotonin. I will continue to eat foods that are rich in tryptophan.

Here are some top foods that contain tryptophan. You can find more by doing a search of other foods right here: www.myfooddata.com. Then just scroll down to the amino acids section of each food that you’re searching for.

Nuts and Seeds – Per Ounce

Beans and Lentils – Per Cup

Now that you know what Serotonin is and what does it do in the brain, you have a starting path for your own research to look further into the benefits of serotonin. I will continue to add tryptophan-rich foods into my diet and continue to exercise every day in order to naturally boost my serotonin levels.

This article is not intended to treat, diagnose, or cure any medical condition or disease. Please fully read and comprehend the potential side effects before using any supplements or products. The previous statements have not been vetted by the FDA and weren’t written by a medical professional. Please talk to your doctor if you have any medical conditions and are thinking about taking any supplements. 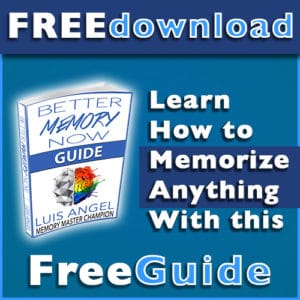