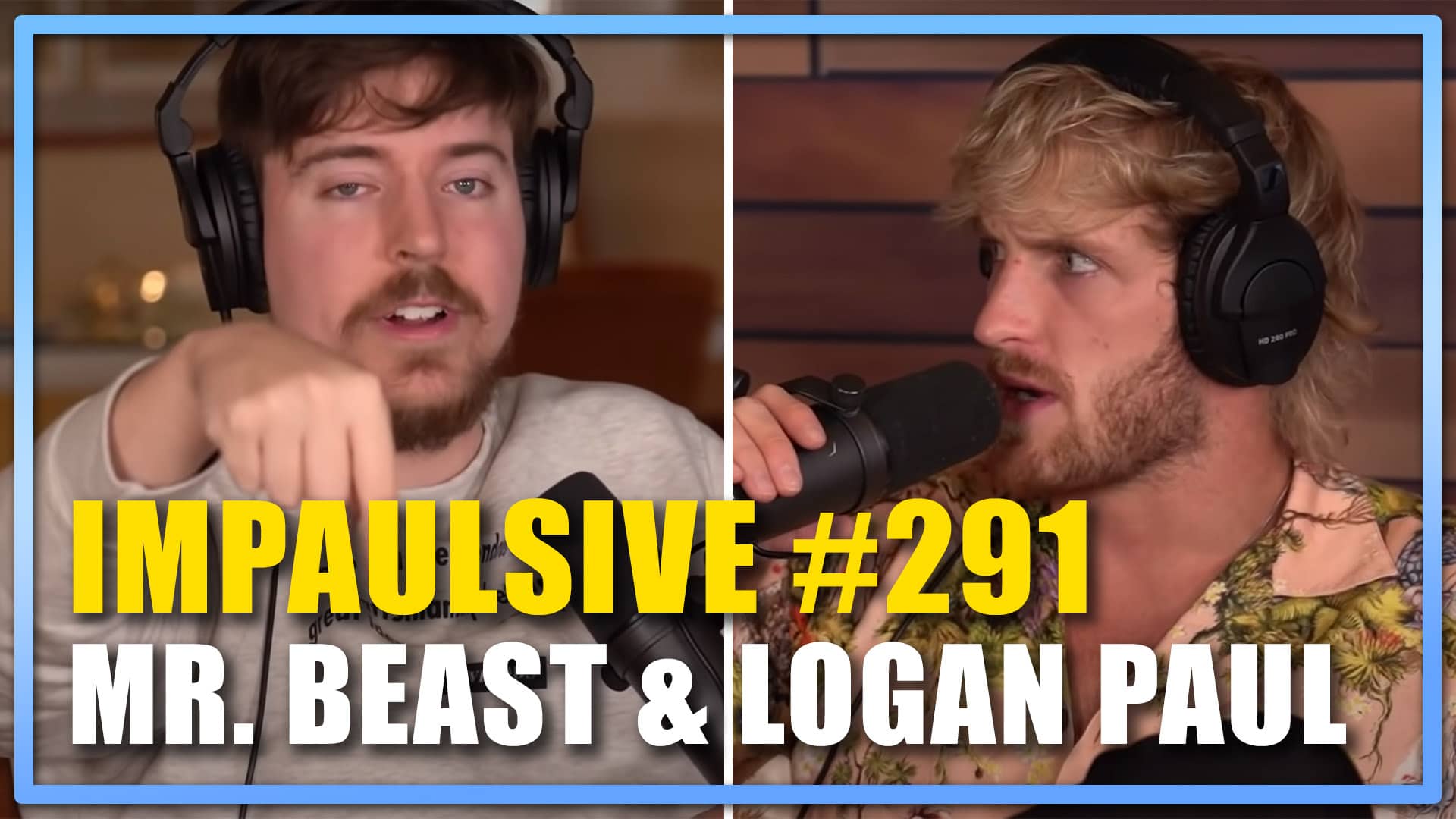 I loved how Logan Paul and Mr. Beast, Jimmy Donaldson, with Mike Majlak talked about a wide range of topics from their love of gambling to how Youtube videos are planned out and executed from a business side perspective. Listen to the full Impaulsive Episode #291 on Spotify here.

One not-so-shocking quote was when Mr. Beast said that he spends hundreds of thousands if not millions of dollars doing his Youtube videos, even on the ones where he doesn’t give away cash to those involved in the video.

I like how Mr. Beast said that he hired someone to follow him around and just watch every single thing that he does. He essentially created a business-minded, creative clone of himself who can make executive decisions for Mr. Beast in a similar fashion that he would make them.

Mr. Beast Burger is “crushing it” so hard that he now has over 1000 virtual restaurants as delivery-only options through delivery apps like Doordash, Uber Eats, and Grubhub.

One of his motivations for moving forward with opening Mr. Beast Burger’s was seeing Five Guys and other fast-food burger joints and saying to himself, “If they can do it, so can I.”

MR. BEAST Says That He Wants to Be The Biggest Youtuber Ever in 10 Years!

Mr. Beast’s Youtube videos get 10’s of millions of views per video on his main channel, the Mr Beast Reacts Youtube channel gets millions of views, and he is also doing Spanish and other language voiceovers dubs of his videos on independent channels.

He wants to keep growing and be the biggest Youtube ever!

Logan Paul and Mr Beast are good friends with business mogul, Gary Vaynerchuk and they are regularly giving each other investments tips and strategies. One of the investment tips that Gary gave to both Mr Beast and Logan was to get into NFTs. They did jump on it right away and are doing fairly well financially because of that decision.

Overall, it was an awesome Impaulsive Podcast episode to listen to. It was extremely insightful.